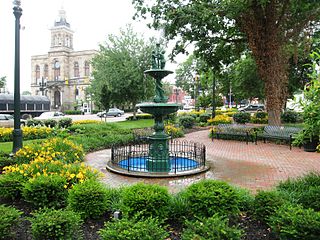 Lisbon, the county seat of Columbiana County, is a village of 1.67 square miles with a population of 2,821 at the 2010 census. Founded in 1803, Lisbon is the second oldest town in Ohio and has the distinction of being the northernmost western town involving military actions during the American Civil War.

The Lisbon Village Square is a public park with a gazebo, picnic tables and gardens, a bustling marketplace and a concert venue. Get a taste of the local flavor at Market on the Square every Saturday or stop in and listen to the local school's music clubs and local bands at the concerts held throughout the year.

Explore 93 acres of preserved forest at the Lake Guilford State Park. The park has 41 developed campsites equipped with electrical hookups, picnic tables and fire rings. Once in the park, you are free to enjoy swimming and sunbathing at the beach along the lake, fishing and boating in the waters, hiking the trail along the beach and playing a game on the park's basketball and volleyball courts.

The Lisbon Exempted Village Schools educates approximately 1,000 students in two facilities -- McKinley Elementary and David Anderson Jr/Sr High School. The school's athletic teams are known as the Blue Devils. The most heavily followed athletic programs at Lisbon's high school are football and basketball. Most notable is Lisbon's 1995 Division V State Championship in football, the only such championship in that sport ever to be held by a Columbiana County school. The high school also features a relatively prominent golf program. Other sports include raquetball, track, swimming, cross country, baseball, softball, volleyball, and cheerleading.

Photograph of the Lisbon, Ohio town square and the Columbiana County, Ohio courthouse, as taken on 26 June 2006 by Dustin M. Ramsey

Feel like you are on a vacation every day of the year !Absolutely stunning 1 owner Mennonite built ranch . 3 bedrooms, 2 1/2 baths with large basement with steps direct...

Spectacular Property and Home in United Local Schools. Over 27 acres of beautiful property. The land is a nice mix of pasture with fencing in place, open land and wooded ...

Ready. Set. Let’s Get Moving! Looking to escape to your own piece of paradise? Then, look no further than this 4 bedroom , 2 ½ bath ranch sitting on 1.5 beautifully wood... 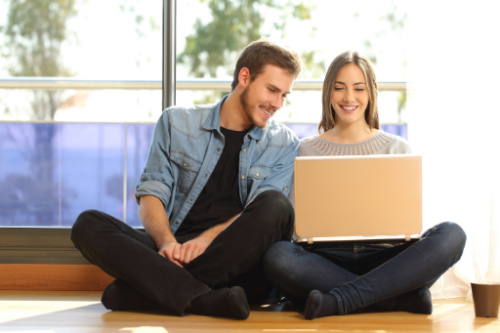